BlackBerry Priv is available on the Indian market starting today. It is already available in North America, in some European countries and a few Asian nations. Now, you can add India to the list. The phone will be available for purchase starting January 30th.

If you are looking to buy the phone in India, you should know that you will be paying 62,990 INR (that’s around $900, ouch!). No news on where exactly the device will be available. As we all know, India is a large country, but soon we will find out which stores are selling the device.

Yu Yureka Plus is on its way to the Indian market and it will launch on July 24th. Yu, a subsidiary from Micromax, launched its first smartphone last year, and now it is ready to launch a slightly better version of the same phone. Coincidentally, it will also be much more expensive than its first iteration.

Just like it happened with the previous device, Yu Yureka Plus will launch running on the latest Cyanogen OS version (Lollipop). This is one of the few notable changes made to the device. It still has a Snapdragon 610 paired with 2 GB of RAM but it did change its display to a full HD resolution from720p. The screen maintains a 5.5 inch size but the slightly higher pixel density will be noticed by some. The battery also doesn’t change (2500 mAh capacity).

The final change is the new camera, a Sony IMX214 CMOS sensor with 5p Largan Blue Lens at the resolution of 13MP.

Fortuitously, the price bump is not huge, as the device will sell for 9,999 Indian Rupees, which means $157, a raise from $142 or 8,999 Indian Rupees for the previous model. This smartphone is supposed to replace the previous one and it will start selling on July 24th. Until then, possible customers can go to Amazon and register there for a Yu Yureka Plus.

The YUphoria and YUreka are getting an update to CyanogenMod 12.1 nightlies if you are willing to accept the bugs that come with this build as your own. Both devices are basically Cyanogen OS phones from India made by Micromax subsidiary YU.

Yuphoria is a mid-range device that competes with Moto G and other similarly constructed devices. Its nightly is codenamed lettuce and it brings about CyanogenMod 12.1, a custom ROM version based on Android 5.1. The ZIP archive measures 365MB.

The Yureka also has an update in the form of a 12.1 nightly codenamed tomato. This device has a more powerful Snapdragon 615 and a slightly larger price as well. Its nightly measures around 366B.

These two Yu devices run on Cyanogen out of the box which means that flashing a new CyanogenMod version will not make such a striking difference as it happens with changing TouchWiz or Sense UI for example.

The nightly builds are updated on a daily basis and bugs are sorted out as soon as they are signaled. Stability issues may appear if you do flash this nightly, so tread carefully.

Xiaomi recently announced the Mi 4i, a mid-range phone aimed at the Indian market at the moment. The device itself is priced at around $200 and it will begin shipping starting April 10th. 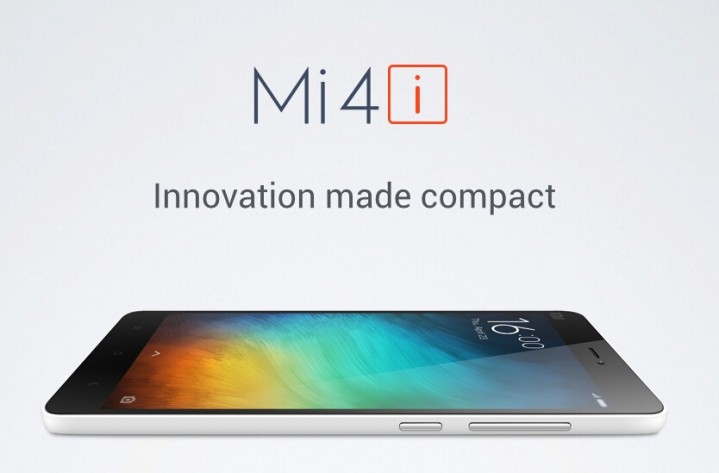 It appears that Xiaomi is mostly trying to sell the “sunlight display”, one of the best LCDs to use outdoors at the moment. Under the chassis you will find a decent Snapdragon 615 – a 64-bit octa-core chip with four cores running at 1.7 GHz and the other four at 1.1 GHz. You also get 2 GB of RAM and 16GB of storage. Below is the full spec list:

Mi 4i has a soft touch plastic build and it will be available in various colors. It runs on Android 5.0 with a modified MiUi skin on top. The device is available for pre-order on Flipkart and it sells for Rs.12,999.  There is no news regarding its availability and pricing outside of India at the moment.

HTC One M8 EYE can now be found on the market! On the Chinese market to be exact. A few weeks ago, the Internet flamed with rumors regarding an updated HTC M8 with a 13 MP camera, but then all western dreams were crushed when we found out the device would be a China and India exclusive.

The new EYE is now available for sale in China and it will soon be imported to India as well. No new news regarding the other half of the world however.

On an up note, all of the recent HTC devices got better cameras with more pixels involved. The new Desire EYE has much of the M8 hardware specs plus not one but TWO 13 MP cameras. Let’s hope HTC continues with this trend and its next flagship will have potent cameras as well.

Economic Times of India reports that Google is building a competitor for WhatsApp that should have a better chance at taking a piece of the market and revenge the failure of Hangouts on PC, tablet and smartphones. It appears that Google is working on an app that combines internet-based communication and SMS in a seamless and unified viable platform that is not Hangouts.

So what’s the difference between this new possible project and Hangouts?

It seems that it wouldn’t need a Google account for validation, which could be a nagging aspect in some emerging markets? It appears that, by removing this urge for creating Google accounts in order to use Hangouts, the new app would be used much more and would manage to compete with the now-paid WhatsApp and Line, as well as other popular applications which activate in the same spectrum with some popularity.

It also appears that the perfect market for testing such a new app is India, and if this project becomes reality, that is where you should be if you wanna be the first to test it! It could happen in the future but don’t keep your hopes up, thing may get shaken soon!