If you own a Samsung Galaxy S4 from US Cellular you should check that Update button now, if you haven’t already received the notification. Lollipop is finally upon the S4 as well, at least for US Cellular owners.

This update brings the device to Android 5.0 and version number R970TYUGOE2. You will either see the OTA on your device or you can get it through Samsung Kies via your computer. In order to update your Samsung Galaxy S4, you can follow the instructions you will find in the image below:

Samsung Galaxy S4 from Verizon is getting an OTA to Android Lollipop. The carrier recently announced that it is rolling out an update bringing the device to software version number LRX22C.I545VRUGOC1. The device gets to version Android 5.0. 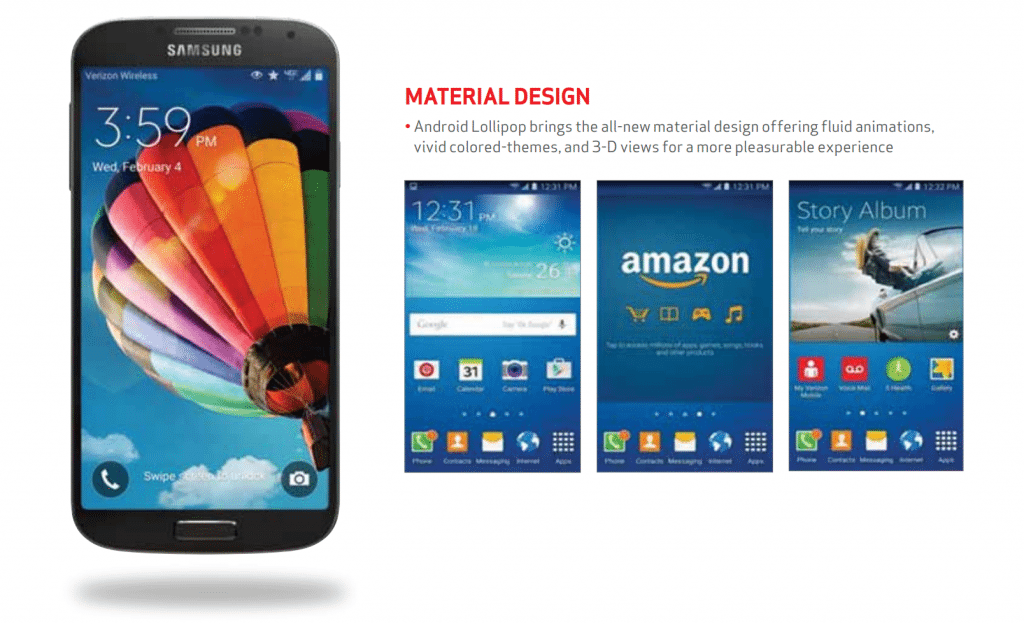 The update will be rolling out in stages so your device may have to wait for a little while, but you can be sure it is on its way. The update itself does not come only with the usual improvements, but with Samsung’s own TouchWiz changes too. Verizon even shows some changes in the document from the source link below, in case you wanna see what you will be dealing with soon.

Samsung Galaxy S4 from AT&T is getting an update to Android Lollipop today. It may not be the freshest flagship of the bunch, but people still have and cherish it. The announcement of upgrading their devices to Lollipop will surely make their day today. 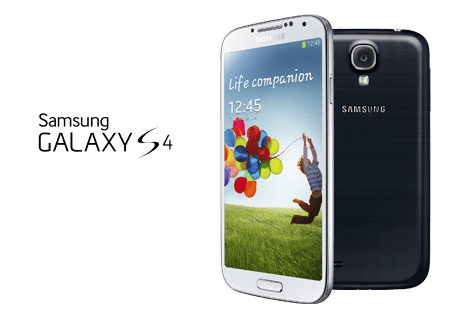 Galaxy S4 remains a good and competent device, even if the media tries to tell you otherwise. Which is why it is still included in the smartphone group that still receives relevant updates.

This OTA brings the device to firmware version LRX22C.1337UCUGOC3 and it measures 947MB, meaning you would have to download it via Wi-Fi.

Samsung Galaxy S4 Google Play edition is officially out of the Play Store so if you wanted to get one, you chance has passed. Most of 2013’s flagships are gone from the Playstore and now it was time for the S4 to go away. It has been out of stock for a while now though, so not much to lose there.

On the device section of Google Play Store you will find only four devices at the moment: Nexus 9, Nexus 6, HTC One M8 Google Play Edition and Nexus 5. All these devices are products released to the public in 2014 – with Nexus 5 being the only “oldie” around – , so they are safe at the moment.

Sadly, Nexus 5 and Nexus 6 are out of stock at the moment, which makes your options much more limited. Here’s to hoping we will get more Google edition devices this year!

T Mobile’s Samsung Galaxy S4, Avant and Tab 4 8.0LTE are getting a small update that’s not Lollipop (yet). If you have one of the above devices, you are in luck, as you are finally getting another OTA update from T Mobile.

Samsung S4 is receiving an update to version M919UVUFNK2, which brings Chinese language support, the same update Samsung Avant is receiving when bumped to version G386TUVU1ANK3.

Samsung Tab 4 updates to T337TUVU1BNK4, and its changelog counts software stability improvements. In case any of the above details has caught your attention head over to the links below to see the source files.

Verizon’s Samsung Galaxy S4 is getting a small OTA update in order to fix some power cycle issues, among other things. In case your S4 has been rebooting on its own, you should look for the update already, as Verizon already worked on fixing this issue. The device is not getting Lollipop, but it is fixing the unexpected crashing sessions you have been bugged about lately.

The other change coming with the OTA is the VPN connectivity fix. It appears that Verizon has been working on its S4s for a while now, as more than one small OTAs have been rolling out already. Before flashing the KOT49H.I54VRUFNK1 software version you should remember that any modification to the system or its recovery will be leading to a flash error, and if you already have root on your device, you may lose it post-update.