Fairphone 2 is ready for shipping starting today. The easily repairable phone and one of the first functional “modular” phones

out there has started shipping to pre-orderers today. This is supposed to be one of the easiest phones to repair as you will be able to replace key parts of the phone without needing more than a screwdriver. All you will have to do is buy the replacements from Fairphone themselves, of course.

Fairphone 2 is made with some metals, but they come from conflict-free mines. The phone was announced earlier this year via Kickstarter and the official site and it has been available for preorder for a while now.

The phone is sold exclusively in Europe for € 529 and tests show it is easy to deconstruct and its replacement parts are pretty easy to set in. The manufacturers hope that, in the future, this model could help with electronic waste reduction because such a phone can be repaired and it would last for more than five years. This way, you would not HAVE to change your smartphone every year or so, or whenever your display cracks or your battery loses energy. You would also decrease your carbon footprint on the world.

Fairphone expects to ship the first 1,000 smartphones before the end of 2015 and the rest of the preorders should ship before the end of January. Did you preorder a Fairphone 2? What do you think of it, is it a good acquisition for you? Let us know in the comment section below!

UPDATE: It appears that the drop test tweet from Ara’s social media manager was a joke, because yesterday’s tweet sorted everything out. It seems that Project Ara is working on a signature way of keeping the modules together in their smartphone, but they will not reveal just what this innovative not-magnet is.

Project Ara got back to us today after last week’s announcement, and things do not seem to go that well for Google’s futuristic pet project. Speculation runs wild as more and more negatives seem to loom over Ara. A few days ago the projected test run for Puerto Rico was canceled and now it seems that some technical aspects are keeping the project in check.

It appears that the electromagnets that were intended to keep the hardware modules in place did not pass the drop tests. The tweet prom Project Ara is pretty short and leaves room to much speculation. There are no details given in what concerns how the magnets fail, but we can assume that the drop tests are creating powerful impacts that destroy the modules after ejecting them from the device.

These electro-permanent magnets do not require power to remain magnetized because they can be switched on and off electrically. This could be a great solution, especially for a modular phone, but it seems that the connection does not last or is not strong enough to keep the module in one piece.

Google will have to find different “glue” for the Project Ara module pieces to come together. Some duct tape maybe? Or bobby pins? The safe bet is a click-on system to keep everything tucked in properly. 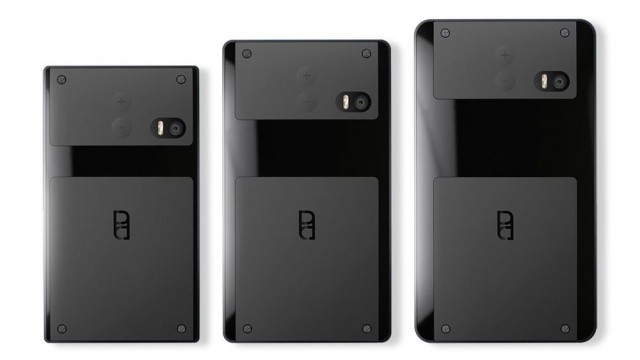