Alleged HTC One M9 photos surface again! New leaked photos with what appears to be HTC’s new flagship are all over the internet, as its codename “Hima” also makes its debut in the tech world. 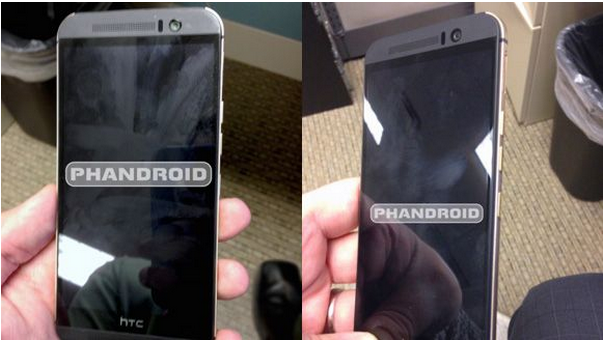 Some little differences are shown in the new photos and Phandroid seems to be sure that these snapshots show the actual device. The power/lock button is moved from the top of the device to the side and the volume buttons seem to be positioned down as well.

The source also confirmed that One M9 will be powered by an octa-core processor, but not necessarily the Snapdragon 810, that will be accompanied by 3 GB of RAM.

These new images seem similar to some leaked shots shown a few days ago, so they can actually show the new HTC One M9 we will most likely officially see on March 1st, at HTC’s World Convention event.