There’s a new Mobile Humble Bundle available out there starting today and what this means is that you will definitely spend some money on games today! You will even feel better because you will be helping some charities too!

There are two tiers in this new bundle, as is the trend nowadays. You get some games for the minimum you can spare and more if you pay average or above average. In the pay-anything category you get Hellraid: the Escape, The Ministry of Silly Walks and Timelines: Assault on America. If you pay more than average you also get Worms 3, Puzzle Retreat and Twisty Hollow for starters, with more games to follow.

All the above titles are DRM-free and can be installed on any Android device. They are not all as more games will be added during the week but you get access to them if you buy now. The premium tier will assure you of getting all the titles out there.

Amazon is being a good Santa this Christmas and, if you want to make yourself – or someone you love – a gift, you can check out the Amazon Appstore for some very interesting free stuff. This brand new discount brings about everyone’s favorite games and some pretty otherwise expensive apps too.

In the now free app list you will find – among others – the following:

Go ahead and pick your favorites or get all 45 of them if you’d like. They’re free today!

Worms 3 is now available on Google Playstore! Worms 3 is the 19th title in the successful Worms franchise, and that is not counting the spin-offs, ports, re-releases and expansion packs, just the games. The fans seem to have stuck with the little wiggly worms and their perpetual conflicts and now they can try it again on Android devices. 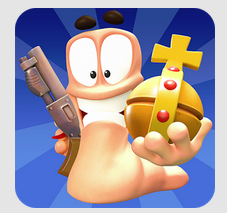 Worms 3 keeps its ballistic 2D gameplay and brings a few new elements to spike things up. The game has upgraded visual and audio features, and offers a new class-based system for wormy heroes. It lets players choose between soldiers, heavies, scouts and healers and also has a card system that helps power-ups and modifies different qualities: three cards at once can give players different advantages against the competing team. Apart from that, it’s the same game you loved 10 years ago! 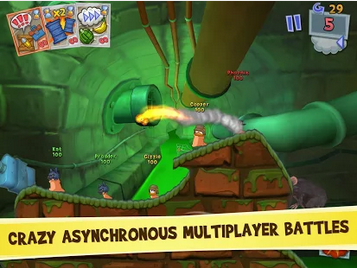 The wormies have their usual funny and squeaky voices with ironic and sarcastic replies, strange and ridiculously funny weapons and explosions that take out an entire map! Players have to choose the right weapons, classes and modifier cards, but they can win either way if they are good enough. The game has a single-player campaign with online matches and hot-couch multiplayer games on the same device as well.

You can find Worms 3 on Google Playstore for $5.