OPPO F1 was announced earlier this year at CES and now the device is available for pre-orders. The device costs $249 or the equivalent in your local currency. In order to reserve one of these babies, you will have to make a $5 or 5 euro deposit. The first units will be sent to buyers as soon as February.

OPPO F1 is a mid-range device that has a metal body merchandised under the hashtag #HelloMetal. Below you can read the rest of the specs for the device:

OPPO F1 is launched in 20 countries at the moment, including Europe, North Africa, Middle East, South and South-East Asia. Pre-orders should arrive in February.

Oppo R7S is the most recent smartphone to grace the R7 line and it is – at least on paper – one of the best smartphones you can get since it balances specs with price very well. It is priced at around £259 (around $400 for some markets, including the US), which makes it a mid-range smartphone, but when you look at it you will definitely think it looks much more expensive than it actually is.

For a mid-range phone, Oppo R7S is built pretty well and it comes with all the accessories you would want from flagship phones (but we never get a full box of things from them, do we?). The box gets you the smartphone plus a set of earbuds and a clear TPU case and a VOOC fast charge power brick. The charge power brick is a hit and miss though, because it has a European charger for some people, which means you would have to get another adapter that fits your electric plug.

Even if it is not one of the smaller smartphones around, Oppo R7S feels like a very light device at 155grams. It is also pretty slim, even for its large-ish battery (it’s 7mm thick!). The phone is dual-SIM and accepts microSIM cards. It supports WiFi, Bluetooth 4.0, GPS with A-GPS, FM and 4G.

The smartphone is available in Gold and Silver color options.

Oppo R7S has a 5.5-inch screen protected by Gorilla Glass 3 with a 2.5D shape that is branded Arc Edge. The AMOLED display has a good 401 ppi density which compliments the ColorOS 2.1 UI sitting on top of the Android 5.1 version. This UI is designed to work much faster, it has faster app launch and boot speeds, plus you get some interesting – possibly bloatware-y – software additions to the device. The changes include notifications on the lock screen, memory management processes, and gestures to launch some apps or features with the screen off. The colors on the screen are vivid, clear and bright.

The 13MP rear camera is set in a square lens holder and presents features such as the image stabilization system, a special low-light mode, editing tools and filters and a beautify-cation setting for the selfie 8MP camera because we all love our selfies!

Overall, this device seems like a very good purchase, especially if you love to hold a premium-feeling smartphone. It is very similar to an iPhone in design, but it does retain some charm of its own. Oppo R7S could prove to be one very bright and lovable smartphone come 2016.

Considering it was trying to infiltrate the US market, Oppo managed to accomplish this feat via the show America’s Next Top Model, where it quickly became a character of its own. It was promoted in every episode where its cameras and overall design became great selling points. We will have to wait and see if this stunt increases sells of Oppo devices in the US market in the near future. 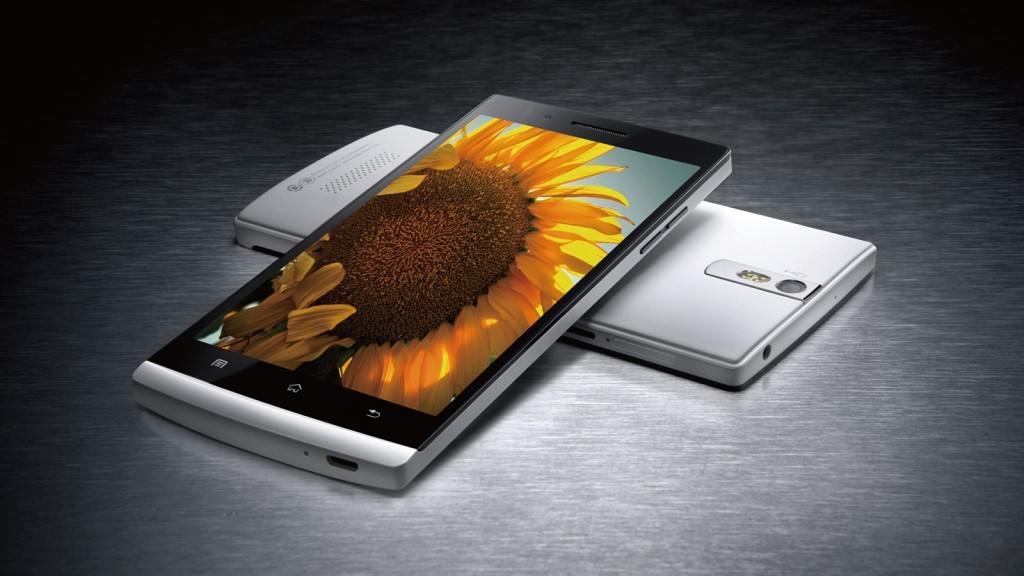