The hour of presents and discounts has come just before the holidays and now you can buy yourself a Minecraft Story Mode first episode for only 10 cents! Telltale Games have made a reputation of bringing interesting and unique story-driven adventures to life, where players can influence their experience via the choices they make.

If you are a Minecraft player already, you should know that Telltale did not just invent a story set in this fun world, but they made a story about how this world came to be, with what makes zombies and skeletons come out at night and why you can teleport to the Nether when you want to.

You can get the first episode at %90 off and you can purchase Minecraft Holiday Skin packs at %75 off. The first episodic chapter of the Minecraft Story Mode adventure launched on Google Play a few months ago at the price of $4.99, but this week you can get it at the amazing price of $0.10. Give it a look via the widget below! There’s a new trailer for Minecraft: Story Mode out there and you can check it out below. What does this new promotional material offer us? More detail about the game itself, about the story and what to expect from this new experience. The block-built land is ravaged by a magical and ancient evil and you, as the protagonist of the game, of course, have to stop the destruction and the apocalypse. You will also get some help from a handful of friends you will be making along the way.

In your Minecraft: Story Mode journey you will pass through the nether, you get to slay an Ender Dragon and you can battle golems and mobs. Of course, you will be able to create enchanted items to help you in your quest.

Because it is a Telltale game, Minecraft’s story will release in episodic manner and additional chapters will be released as time goes by. The game will launch on October 15 and you will be able to get it directly from the Google Store.

Minecraft’s story mode is just around the corner and it reaches the Android world in 2015. Mojang and Telltale Games have teamed up to give the ultimate cubic sandbox the story it never had.

Telltale games is known for creating stories that people love, which means there’s a big chance the same will happen with Minecraft’s Story Mode. The story mode will be based on the Minecraft way of life but it will be a different title. The game will be episodic and it will have an original story with new characters created especially for the new adventure.

The Minecraft story mode will be will be available for PCs, consoles, laptops and mobile devices sometime next year.

Minecraft’s most recent update just hit the game and it is the first big change since Microsoft bought Mojang for no less than $2.5 billion. The Pocket Edition is still on Google Play, you can still buy it and of course you will be getting more nice updates in the future. The most recent one makes everything look prettier and more real. 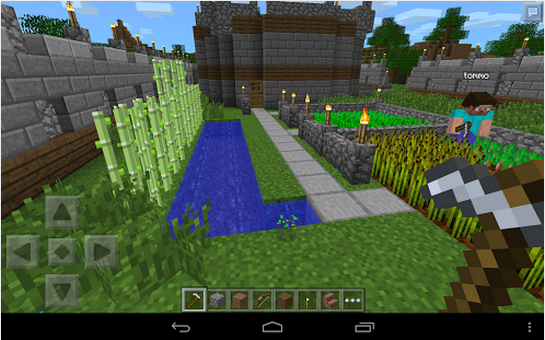 Minecraft PE reached version v. 0.10 and the changelog will surely blow your mind, which is why we are showing it to you as it is on the official page:

As you can see, you get more watery looking water and foggier fog! Don’t forget the increasing number of particles and the swimmer baby animals that learned how to not die in water! All at the price of $6.99.