LG G3 from AT&T got its own update to VoLTE! The feature was introduced over a year ago and since then many many devices received their OTAs. 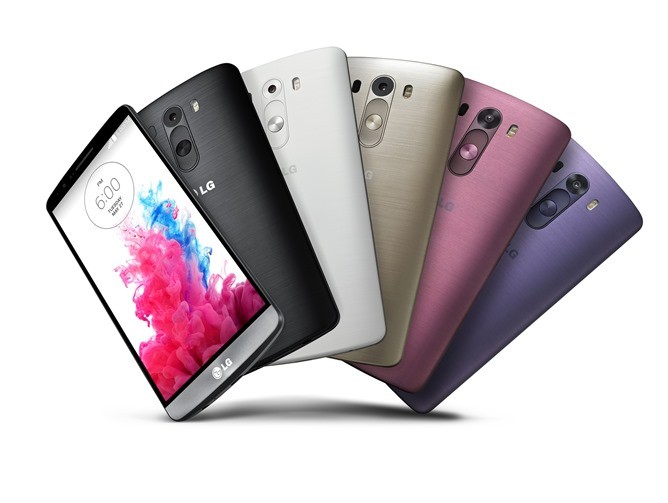 The possibility of talking over an LTE connection has become more and more of a reality on more markets and devices at the same time. Support is not the best everywhere however and hardware that does not present VoLTE support out of the box needs firmware updates to work. LG G3 is next in line to getting the necessary firmware update.

This update brings the device to firmware number D85021I. According to the changelog, the device is also getting AT&T Uber and Mail. You can check your device for the OTA and if it’s still not there, you have to wait for a little while as it rolls out in stages.

If you have an LG G3 from US Cellular, tap that update button now because you’re getting an update to Android 5.0 as we speak. When G3 showed its 1080p screen to everyone, it became a monster in the eyes of the competition, showing that a 2560 x 1440 resolution can make a difference. That resolution is now going to show Lollipop in its entire splendor, at least on US Cellular devices. 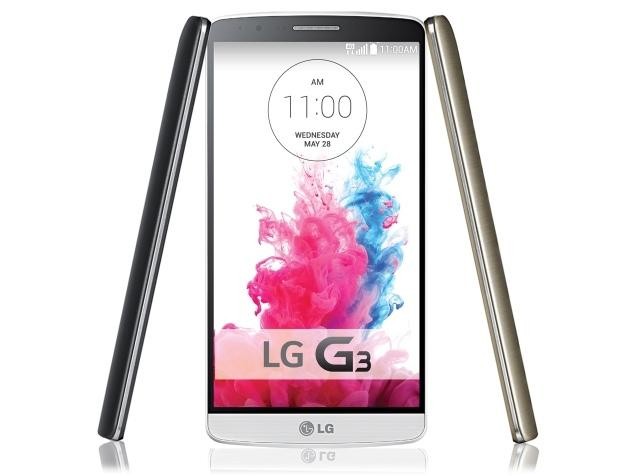 This update brings the smartphone to version US99020a. Some customers have already confirmed the update themselves. Those who cannot receive the update OTA can download the full ROM and flash it manually. It’s only 1.2 GB. Other users will see the notification pop up on their screens any time now.

LG’s newest flagship, LG G4, will be launched at the event held on April 28th as they confirmed today via invites to the press. Today is also the day when its previously disclosed name was confirmed along with the new camera with f/1.8 aperture lens and the new software named LG UX 4.0. 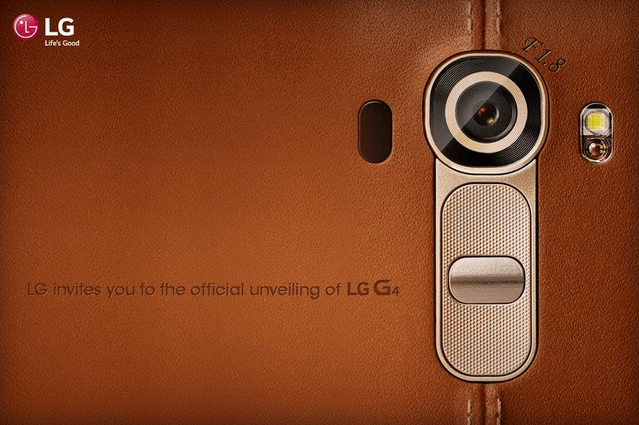 The new LG flagship comes a year after LG G3, which was received very well last year because of its spec list with a high-resolution display that sadly didn’t manage to live up to real-world expectations.

We will have to wait a few more weeks before we find out if this device’s execution is better than the previous model and if it will live up to expectations.

LG is back to work and just announced a new 5.5” LCD screen for its G4. Last year’s G3 had a nice 2560x1440p LCD screen with nice sharpness, but that’s about it, since colors and brightness were not the best of the bunch. This year’s flagship will have it all, as LG says, because a new and improved screen could solve ALL the problems. 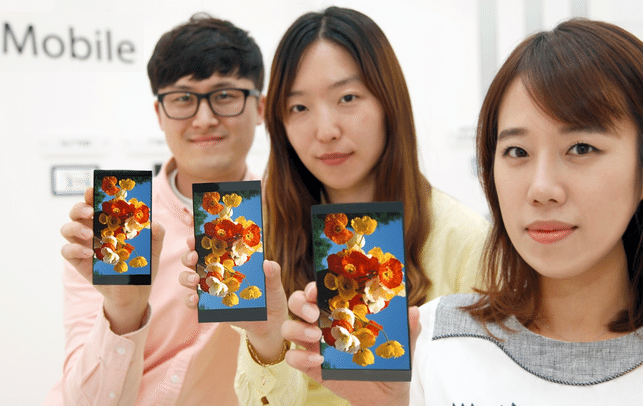 The new screen has the same 1440p resolution at an incredible 538 pixel per inch density. The new LCD screen should have more vibrant colors and 120% sRGB color gamut. The contrast is said to be 50% higher than LG G3’s panel and the brightness is improved by 30% without draining more energy.

The new Advanced In-Cell Touch technology increases accuracy and reduces thickness because of its ingenious combination of touch sensors with the LCD. This would make the screen usable even when you’ll have water droplets obstructing the view. The smartphone is not expected to be waterproof though.

LG G4 will launch sometime this month, on April 28th, when they will hold the “leathery” event in London, Paris and New York and on April 29th, when the event will take place in Seoul, Singapore and Istanbul. 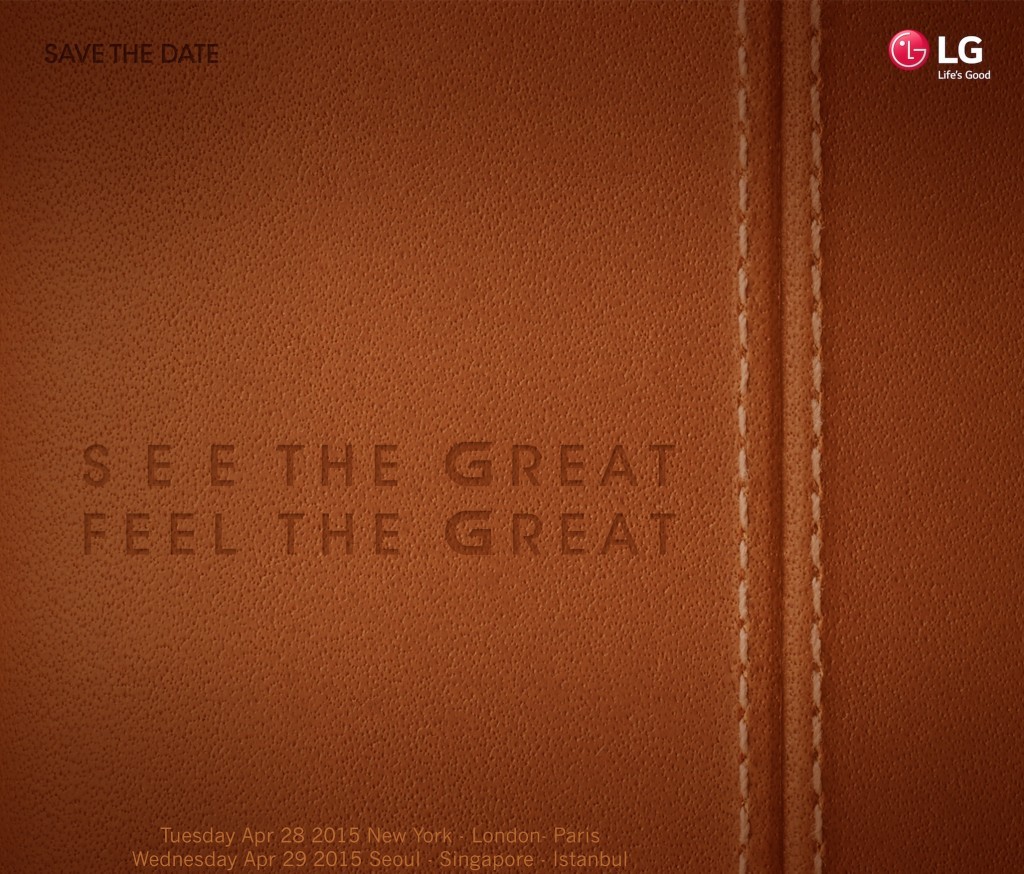 a Quantum Jump in Color Gamut and Brightness

Seoul, Korea (April, 3 2015) – LG Display, the world’s leading innovator of display technologies, announced today that it has launched a QHD (Quad High Definition) LCD panel for smartphones that represents a quantum jump in terms of key features, including color gamut, brightness, contrast ratio, touch function, power consumption and thinness. The company has started the mass production of the 5.5-inch QHD LCD panel with IPS technology for mobile devices that will be used in LG Electronics’ forthcoming flagship smartphone to be unveiled at the end of the month.

The display provides richer and more accurate colors with a 120 percent color gamut, exceeding the 100 percent gamut offered on conventional panels, for mobile devices (based on sRGB*).The QHD display has 1,440 x 2,560 resolution, four times higher than HD resolution (720 x 1,280), and the number of pixels per inch is 538 PPI (Pixels Per Inch) on the 5.5-inch panel size.

The new panel also adopted Advanced In-Cell Touch (AIT) technology which offers excellent touch sensitivity so that it can respond to touch commands even with water drops on the screen. The display boasts advancements in other major image quality features, with a contrast ratio that is 50 percent higher than conventional QHD LCD panels, while the brightness has increased by 30 percent without any increase in power consumption. A brighter screen and higher contrast ratio makes it easier for users to view the smartphone display in bright outdoor conditions.

The company received certification from Intertek, the leading provider of product safety testing and certification, for the superiority of the color gamut, brightness, and contrast ratio in the 5.5-inch QHD LCD panel.

Developed by LG Display, AIT represents an improvement over conventional ‘In-Cell touch technology’. Instead of placing the touch panel on top of the LCD, the touch sensor is embedded within the LCD. This results in a slimmer design and an excellent touch response as the thickness of the panel is reduced by eliminating the need for an additional space for touch functions.

Mr. Byeong-Koo Kim, Vice President of the IT/Mobile Development Group at LG Display said, “The company has maximized the essential display functions for mobile devices from touch to color gamut by using the latest technology and accumulated expertise.” He added, “LG Display will continue to develop products that can offer the best user experience not only for smartphones, but also for tablets and notebook PCs.”

*sRGB:  Standard RGB color space established jointly by HP and Microsoft in 1996 for use on monitors, printers and the Internet.[/box]

LG G3 from T Mobile is getting its own Lollipop update as soon as April 7th. A few weeks after AT&T and Sprint’s G3s got their well-deserved update, T Mobile decided it’s time they hop on the Android 5.0 wagon. If you want the 5.0.1 update, you’ll have to wait for a little longer and you will need LG’s terrible update software as well. 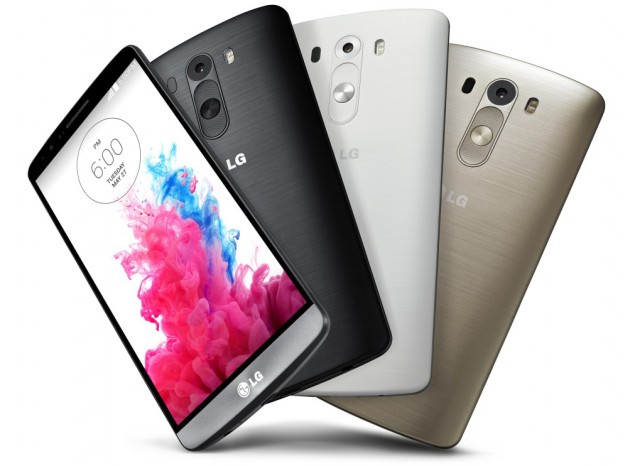 After you install the device management tool, you can plug your smartphone in and go into USB debugging mode. The software should then detect your phone and let you install a USB driver if a connection is not viable. Then the update should be visible and you will be prompted to download or flash.

In order for the update to work, your device must be stock. Your data should be safe, but just in case, back up the important stuff.

You can check the update docs on T Mobile if you want.

LG is offering new customers a deal and it’s giving away free Google Cardboard VR headsets with every LG G3 you buy. Google Cardboard itself is an interesting concept that uses some VR apps with exciting lenses and magnets that are all nicely implemented in some cardboard. Only sometimes it’s plastic and not cardboard. 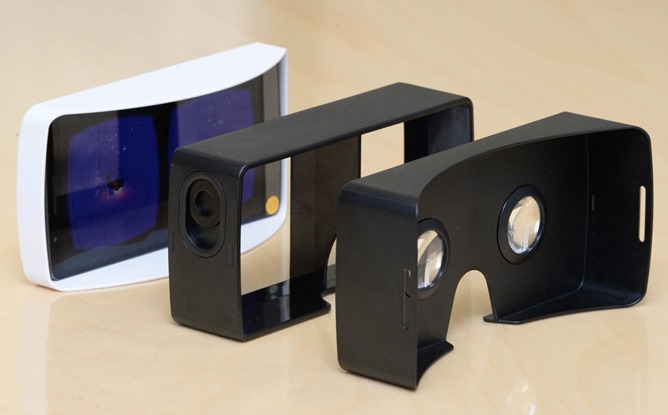 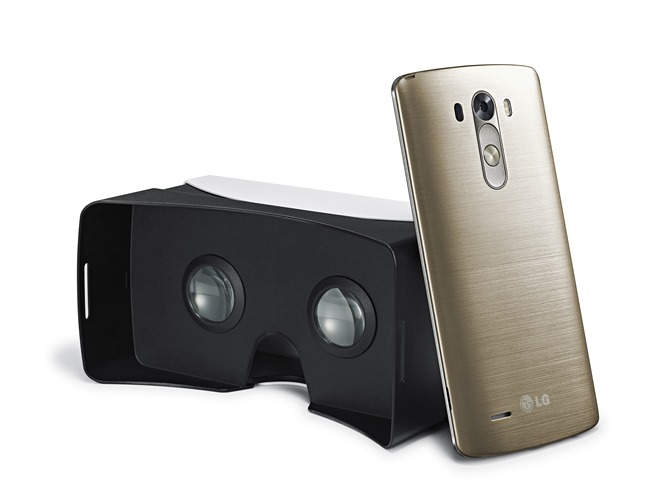 LG is giving new buyers a free Cardboard handset, but the promotion only lasts for this month and it’s only available if you buy an LG G3. It is available in select markets and only with a proof of purchase redemption system. The Cardboard system has a three-piece design made of dual lenses placed at optimum distance with a cutout for the phone’s camera and speakers that allow apps to use them. 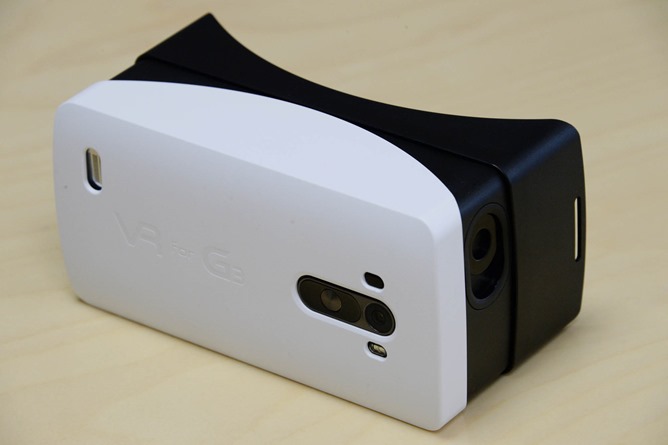 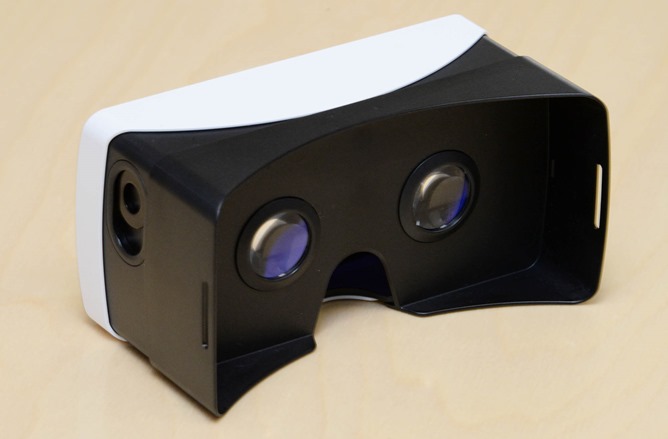 It is possible for the offer to extend to American carriers soon, but there is no official news yet. This deal could prove to be an interesting and profitable move against Samsung’s Gear VR device, especially since LG decided to partner with Google and take advantage of their workable project Cardboard.