If you want an HTC One M9 or a Galaxy S6 from Verizon, you can do so starting today! Both standard and Edge Samsung S6 versions are available for pre-order along with the M9. You can, of course, choose from several payment options. 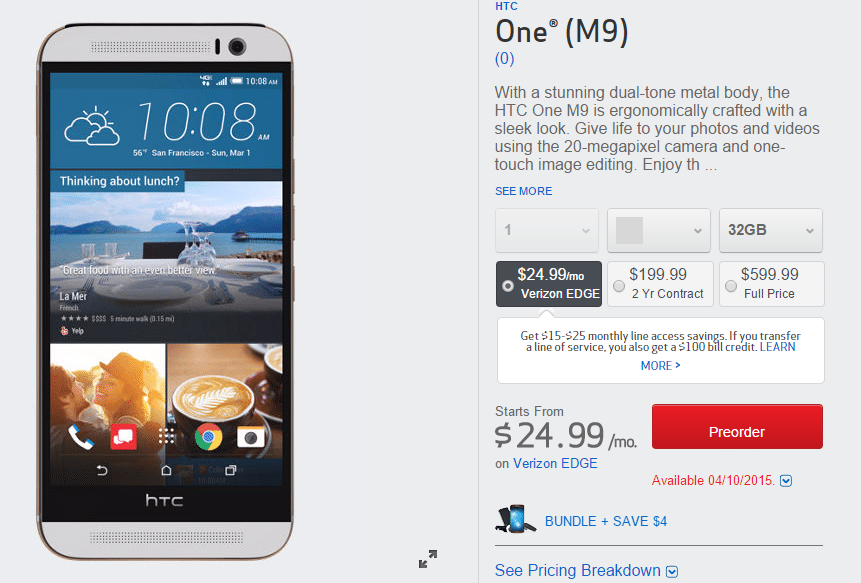 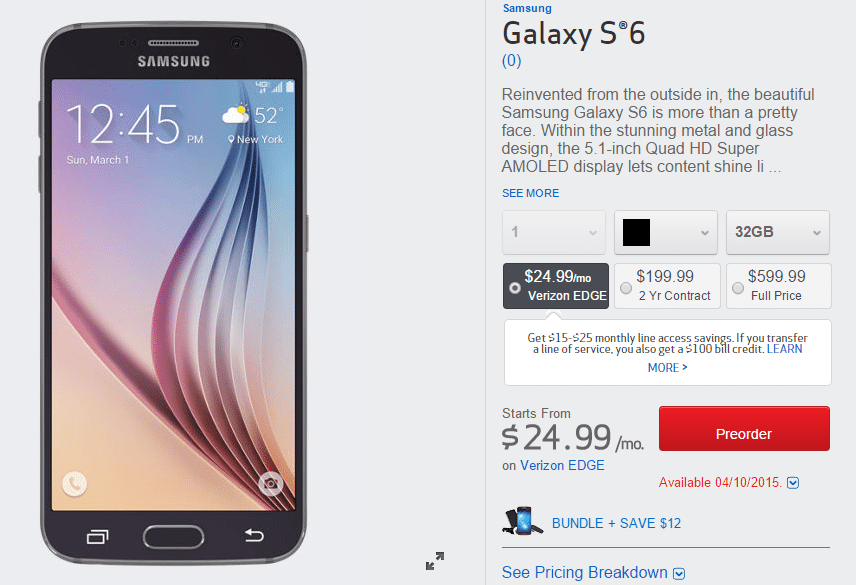 You can buy the device by just paying the full price which brings GS6 and HTC M9 to $600 and S6 Edge goes for $700. One M9 and Galaxy S6 and Edge go live on April 10th but they may begin shipping a day or two earlier.