It’s just a few days before September 29th and Google’s event where we will finally see the real Nexus X and Nexus P devices, as the new Nexus phones are being branded in 2015. The hype train is slowly starting to fill up as more and more leaks are starting to surface. The most recent one involves the packaging for the two devices plus a render for one of them.

Android Police managed to get their hands on some retail images of the 2015 Nexus Google devices with confirmation for the previous name leaks to spare. Below you can see what the new Nexus 5X and Nexus 6P will look like when they go live. Their boxes look pretty stylish if you ask us.

Leaks suggest that the new nexus devices will have 16GB and 32GB versions plus 64GB and 128 GB versions exclusive to Huawei Nexus 6P.

Google’s event will take place next week in San Francisco and it its then that we will see the devices in all of their splendor. Until then we just have to board the hype train and keep scouring for info. Like the rendered image of Huawei nexus 6P below.

New Nexus devices are close to being announced as leaks about them start to spread on the interwebs. If you liked your Nexus 5, but it already feels a little old, fret no more, as not one but two manufacturers are working on creating two new Google line devices. Huawei and LG are working on a Nexus 6-style phablet device and a smaller smartphone to attract the Nexus 5 crowd.

Similar leaks have spread on the Internet a few days ago but now @OnLeaks Twitter account seems to shed some more light on these handsets. Considering that they were pretty accurate on previous occasions, this should count as a very possible outcome for the new Android devices.

This is what we know about the new Nexus devices

After a one year break, LG is back to working with Google and a new smartphone may come out of this combination. The new device should have a 5.2 inch display with two front-facing speakers and a rear fingerprint sensor. The icing on the cake should be the USB Type-C connector. There should be a protruding camera on the back, plus a much longer device compared to the Nexus 5, in part due to the frontal speakers.

The second device is made by Huawei and it reportedly has a 5.7 inch 2560 x 1440 p display that design-wise is narrower than its Nexus 6 counterpart. It should have a metal body, making it resemble an iPhone 6 Plus. Inside there should be a Snapdragon 820 to make things interesting. This device should also have the rear fingerprint scanner, the front-facing speakers and the USB Type-C port.

Both nexus devices will launch with the most recent Android OS version, a clean one with no bloatware. There is still no news on the official announcement, a price and availability for the two devices, but it is coming soon, we hope. 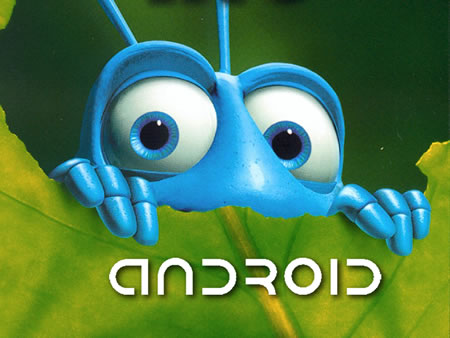 That annoying memory leak that caused apps to close on Lollipop-run devices is finally history as the Android Issue tracker suggests. This bug was around ever since the first preview and 1950 stars later it has been fixed and marked closed, which means it will be released in a following update.

The bug usually caused device memory to keep adding on until flooding without allowing the device to clear its memory which resulted in constant app crashes, especially the background sort of apps. Most Nexus 5 and Nexus 7 owners have been frustrated for a while now, but that can be stopped with a small update coming in the near future (we hope). The important thing is it has been fixed.

The most curious aspect of this bug is that it has received 1950 stars on the Android issue tracker, reaching number 34 on the bug top. It is also the most starred bug ever, apart from some old bugs dating from 2010, even if it has only been around for over a month and a half.

The Lollipop memory leak bug is marked for Future release, which means we can see it on our devices as soon as the next update? (Here’s hoping!)