Fitbit Blaze is the newest iteration in the best fitness tracker line on the market. It was launched a few days ago at CES Las Vegas and it appears to raise the bar even further when it comes to creating the perfect wearable. All the better because now, Apple, Pebble, Microsoft and Misfit or Jawbone have entered the market and are trying to take over everyone.

Fitbit has been working on fitness trackers and watch-like devices for years now, but the first real smartwatch fitness band that came out of there is Blaze. It looks more like an Apple Watch or an Asus Zenwatch than anything.

Don’t get overexcited yet, Fitbit Blaze will not be an Android Wear device; however, you do get tons of personal trainers and other sporty apps. For starters, FitStar personal trainer workout will not be missing (you get 8 minute warm-up sessions, 7 minute workouts and 10 minute ab sessions). You also get software aimed at hiking, tracking, biking, running, yoga and lifting weights.

Fitbit Blaze uses your phone’s GPS to track your moves and it has a built-in heart rate monitor. Its battery should last up to five days before needing another charge. The device also allows users to receive calls and it manages music.

Design-wise, Blaze is not the prettiest child in the courtyard, but not the ugliest one either. It has large bezels, almost as large as its screen ratio, and a logo underneath the display. You can swap plastic bands in blue, plum or black that cost $29.95 each, or you can pick a leather band in black, camel or grey for $99.95. If you want to feel the steel on your hand, you can choose a silver stainless steel band for $129.95.

Fitbit Blaze will cost $199.95 and its official launch date is in March. If you live in the US, you will be able to check the device out at CES in the remaining days or in Best Buy stores starting February 20th. If you are eager to try one and you don’t mind throwing money on a pre-order, you can do so now on the website.

ASUS ZenFone Zoom finally has a released date. The smartphone was originally announced at the beginning of last year, but its launch was delayed. Here we are now, almost one year later, and now is when we find out that Zoom will be available for purchase starting February 1st.

ASUS ZenFone 2 will get an update to Android 6.0 in the near future. You didn’t expect that, did you? When you think about smartphones, ASUS is not the most obvious choice, but some may like their products, be they laptops, tablets or even smartphones. The affordable phone with 4 GB of RAM will get the upgrade to Marshmallow, but when is that going to happen?

We do not have a clear answer for that yet. The important thing is, it will come when it comes and we should be grateful for it. Asus is not updating only the ZenFone 2, because it announced that other smart devices will get the update as well. This includes ZenFone 2 Deluxe, and ZenFone 2 Laser, ZenFone Selfie and PadFone S.

ASUS Zenfone 2 is a new variant of the same old recipe of a mid-range device with the upside of it being unlocked. It has two existing versions, one with 16GB of storage and one with 64GB of storage, and they also differ in the RAM, one having 2GB and the second one having 64GB of RAM. Now there’s another one with 16 GB of storage and 4 GB of RAM! This one has the price of $229, which is not too much and not too little for what you’re actually getting.

ASUS Zenfone 2 already exists in two shapes mentioned before, and each of them has a different Intel Atom SoC to power everything up, with this third iteration sporting the slower Atom SoC (Z3560). So you are actually getting a melange of both iterations, at a medium price between the two.

The cheaper Zenfone 2 sells for $199 and the more expensive one for $299, so you are getting less storage and more RAM for a medium price between the two previous smartphones. This device even has a microSD slot, which means you can add much more storage if you need or want to.


ASUS Zenfone 2 is already listed on sale for sites such as Newegg, and Amazon. This version will not be locked to any US carrier.

Asus ZenWatch is one of the most stable Android Wear devices out there – at least those at a first generation level –, and its price is helping it stay afloat. The device, sold only in US stores until now, is available in UK, Japan, Germany and France starting today. 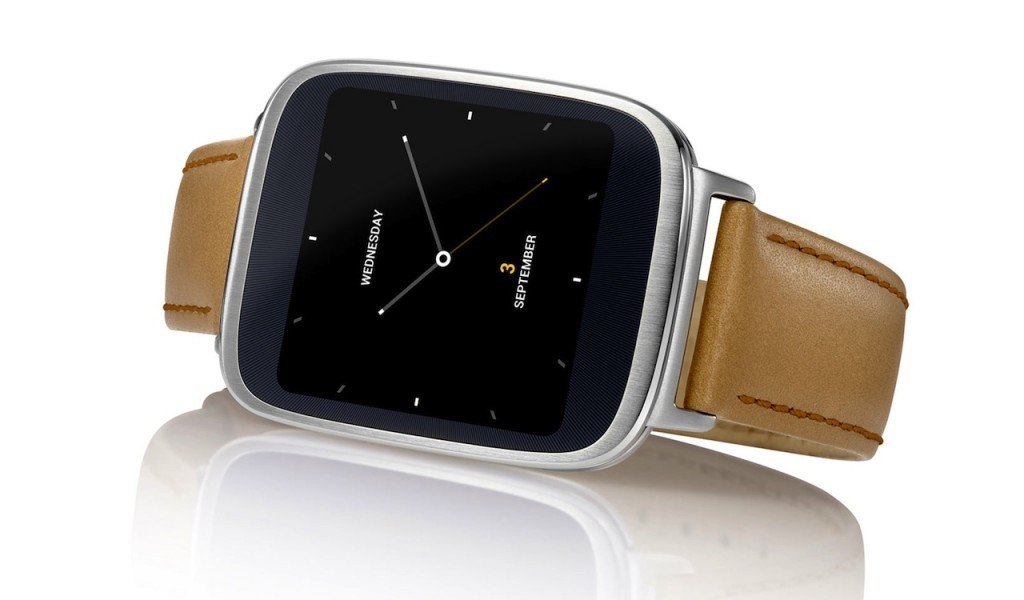 ZenWatch has a great real leather band and a good 1.63” AMOLED at 320×320 screen. The US price is $199, but it will be different in the new countries, but it will remain on the low end of the price spectrum.

Santa Tracker 2.0 is finally in town, and just before the holidays, go figure! The tracker presents a new interface, much different from the one from next year’s version, and Santa will be in touch with all his good kids and elves too once more!

Maps is giving a hand in the endeavor as all the rosy-cheeked little ones will be able to see just where Santa is and how long it may take him to get to them. 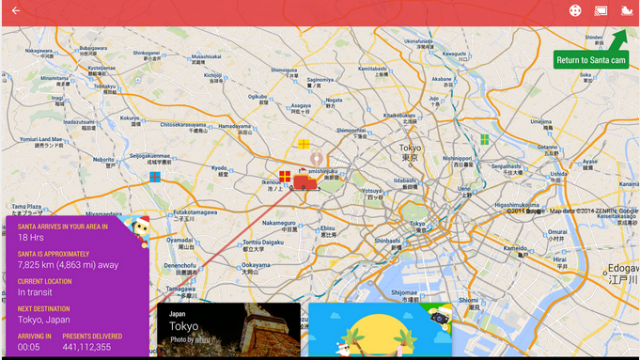 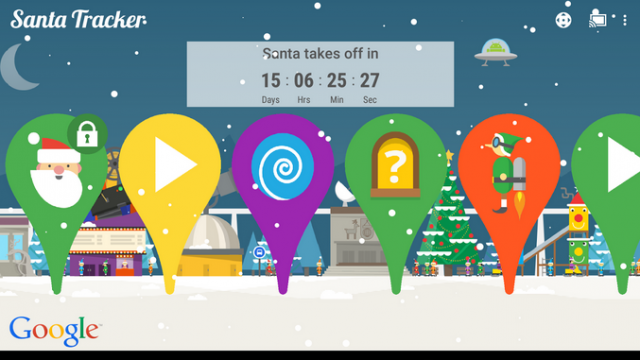 The app is also compatible with Android Wear and it supports Android TV and Chromecast too.

Your child can enjoy some nice puzzles, games and quizzes while keeping an eye on the huge clock showing him/her just how long they have to wait until Santa visits them.

The app is free on Google Play Store and you  will find it compatible with all Android devices too.