Samsung Galaxy S7 may have leaked in some very revealing photos earlier today and there’s even a video of it out there! Its official release is still a long way away, but that does not mean that the internet and its snitches will not show us everything there is to know about a device beforehand.

The released images show a Galaxy S7 pretty similar in shape and form to Galaxy Note 5. In order to make the device look thinner, its corners are curved inwards on the back of the device. The S7 Edge variant should be the same with the exception that its edges would point up front. We don’t have an official spec list yet, but speculation runs amok.

Here’s what we know about Samsung Galaxy S7:

The video above was published by 3D designer Jermaine Smit, who says that he based his images on the leaked designs of Samsung Galaxy S7. The images in this article are also based on Smit’s 3D designs – they are not photos. Expect the real device to make an appearance at the Mobile World Congress in Barcelona, which takes place between 22 and 25 February 2016. 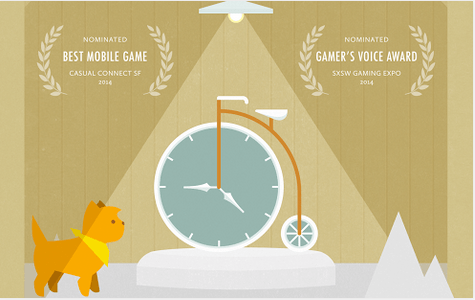 Doggins is a new special game you can try if you love animals a lot but can’t have them in your house. Of course, all dogs are adventurers, some are even time and space travelers that move along and solve different enigmas just to make you feel better. The lovely dog-hero you will be able…

According to some media sources like The Verge, Google is almost done working on adding iOS support to Android Wear. The Apple Watch is coming live in a few days and this may be seen as a strong move from Google trying to get more of the market, extending to the non-native Android devices out…

If you own a Sony Xperia Z3, Z3 Compact or Z3 tablet and you haven’t received a notification yet, check that Update section now as Sony just announced a global update to Android Lollipop for these devices! If you were eager to explore Lollipop ever since you heard about it but had a Sony device…

May is the month for Google I/o as the event is bound to take place between 27th and 29th. Everyone interested in finding out just what the new news is can start planning those days in advance no matter if they go there or prefer to view it all on the Live channels.    …