Motorola Moto E second generation may have appeared in leaks, AndroidPolice reports. The cheap Moto device was a favorite among low-budget hunters for its below $150 price. Its second generation will appear soon and, until then, we can only hope to see new leaked images. 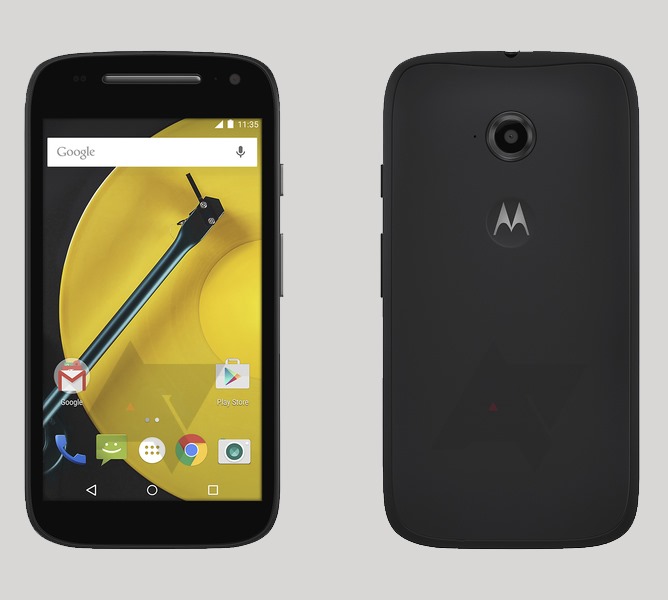 The leaked photo you can see above does not present a Moto G because it does not have a second speaker grille on the front, plus the body ratio proportions are weird. There is no camera flash which means this is indeed a cheap phone. Among the pluses you will find are a secondary noise-cancelling microphone on the back cover and a front-facing camera.

Even if we don’t know much about the technical specifications, we are sure that this new cheap device will run on Android Lollipop 5.0 at launch.

Considering this new photo, we must assume that Moto E second generation’s announcement can’t be that far off; we may even spot it at the MWC in Barcelona in March or even sooner.