Misfit Ray was announced at CES today and what the device appears to be is a stylish activity tracker. Its creation is all due to an Indiegogo campaign that helped launch Misfit Shine in 2014. At the end of last year, Fossil bought Misfit for $260 million and now new and beautiful things are being made. 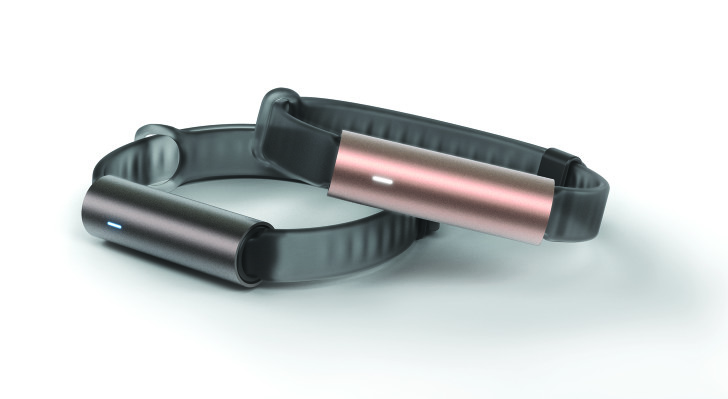 Misfit – a brand new Fossil brand now – announced Misfit Ray at CES, a new device that looks like an aluminum cylinder you can wear around your neck or on your wrist.

Misfit Ray will show up on the market in the spring and it will have a price tag of $99.99 in the US. It will be available in Rose Gold and Carbon Black. If you are already sold on the device, Misfit has opened pre-orders on the official website.

Misfit Introduces Ray, The Most Versatile Activity Tracker Yet

Only 12mm in diameter and 38mm long, Ray’s sleek form factor and clean lines make it uniquely wearable. Ray features a highly customizable cylindrical aluminum body, able to be worn with Misfit-branded or custom accessories on the wrist or as a necklace. Ray effortlessly complements watches, bracelets, and fine jewelry. Its elemental, interchangeable design makes it easy to personalize. Ray can be elegant or sporty, sensual or bold, striking or subtle.

Ray’s minimalist form conceals powerful engineering. It tracks activity and sleep with a 3-axis accelerometer and, like Misfit Shine 2, incorporates a vibration motor that allows for nuanced user feedback. Combined with a single multicolor LED eye, Ray provides inactivity nudges, text and call notifications, and a silent alarm. Like other wearables by Misfit, Ray never requires charging (the user-replaceable batteries last up to 6 months) and is water resistant to 50 meters.

Misfit Ray is compatible with Misfit Link, the groundbreaking software experience that turns your wearable into a remote to connect with the world around you. Communicate with friends, turn on your lights, change your music, take a selfie, and more, all with a few taps.

“We designed Ray to be your most valuable accessory,” said Tim Golnik, Misfit’s VP of Product and Design. “Ray’s design distills the essential performance of our wearables and opens up a world of style possibilities.”

Ray comes in Rose Gold and Carbon Black, is now available for pre-order onmisfit.com, and will be available in retail locations worldwide in Spring 2016.